Madden 18: The Choices That Matter Most In Longshot Finals

Madden NFL 18 arrived for PS4 and Xbox One and brought for the first time in the football franchise a story mode, called Longshot. Similar to The Journey of FIFA 17, instead of Alex Hunter and Gareth Walker, we have Devin Wade and Colt Cruise, two friends who dream of playing in the NFL. 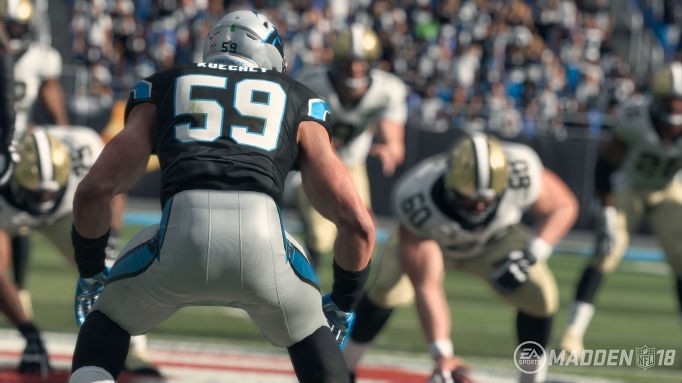 The campaign contains several in-field and off-field tests that influence Wade and Cruise's rating. The way Wade behaves, responds, and makes decisions also tells you to decide which Longshot finish will have. Check out what to do to get the three possible endings. Spoilers below.

The choices that matter most

Everything that Devin Wade does or does not do as positive or negative in his draft grade. Consequently it also affects the performance of Colt Cruise (not even being shown to us). However, there are three choices made by the player that direct to which end the story will go.

First choice. After the game in the Army, Devin participates in the program of Jim Miller and Pat Kirwin. The presenters ask which team the quarterback would most like to play. Wade's choice ensures he can play in such a franchise at the end of the story.

Second choice. In Challenge Four of Season Finale, coach Jack Ford says not to pass the ball to Colt Cruise at any point in this challenge. Ford argues that the scouts need to see that Wade can command the attack without his friend's help. Passing or not the ball for Cruise weighs at the end of the story.

Third choice. The most decisive moment is the play just after Challenge 4. Wade begins flashback when he was intercepted against Oregon by attempting to launch for Cruise, disobeying his coach's order. Just like in college, Colt asks for the ball to Devin even under triple marking. Risking the pass to Colt or betting on the safe bid with Forsett is the decision of more weight for the story.

Final 1 - Wade is drafted and Cruise is not

To achieve this end, Wade must think only of himself, make rational and morally appropriate choices. It is important to have a good level of "Football IQ" in the knowledge tests. Repeating with perfection the plays sung by Ford at the edge of the field and answering "singleback", "22" and "safety" in the referring questions already guarantee a good grade. And of course have a good performance on the field in the games.

In Challenge 4, do not pass the ball to Cruise under any circumstances. Even if it costs you not to get the touchdown. Then choose the safe pass with Forsett instead of the risky move with Colt. Thus, Wade is drafted in the sixth round by the team he said he prefers in the program. Cruise is not chosen and invests in the musical career.

Final 2 - Cruise is drafted and Wade joins his friend

To achieve this end, just help Cruise. Passing the ball to Colt in the deciding moments in Season Finale will make the scouts pass the whole credit to their friend and find Wade's moves too risky. All the performance of the quarterback so far gets stained, even hitting the pass.

Thus, Colt Cruise is chosen in the sixth round by a rival team from the same division as Devin's favorite team. Wade is not chosen, but after the draft, Dan Marino calls and says there are two franchisees interested in hiring him as a free agent. One of them is precisely the team that drafted Cruise, thus remaking the duo of High School and College. In this scenario, Marino says that it will be difficult to fight for the position of QB and that Wade will have few chances.

Final 3 - Cruise is drafted and Wade joins the rival

The path is the same as the second ending. But instead of joining Cruise, Wade chooses his team at heart. In addition to being his favorite franchise, Marino says that Devin will have more chances there and may even be the main backup as a quarterback. Colt and Wade remain friends, but will now be division rivals in the NFL.

If you want to buy excellent players in MUT mode after the release of Madden 18, you can choose buy cheap Madden 18 coins for sale on madden-store.com. You won't want to miss them.